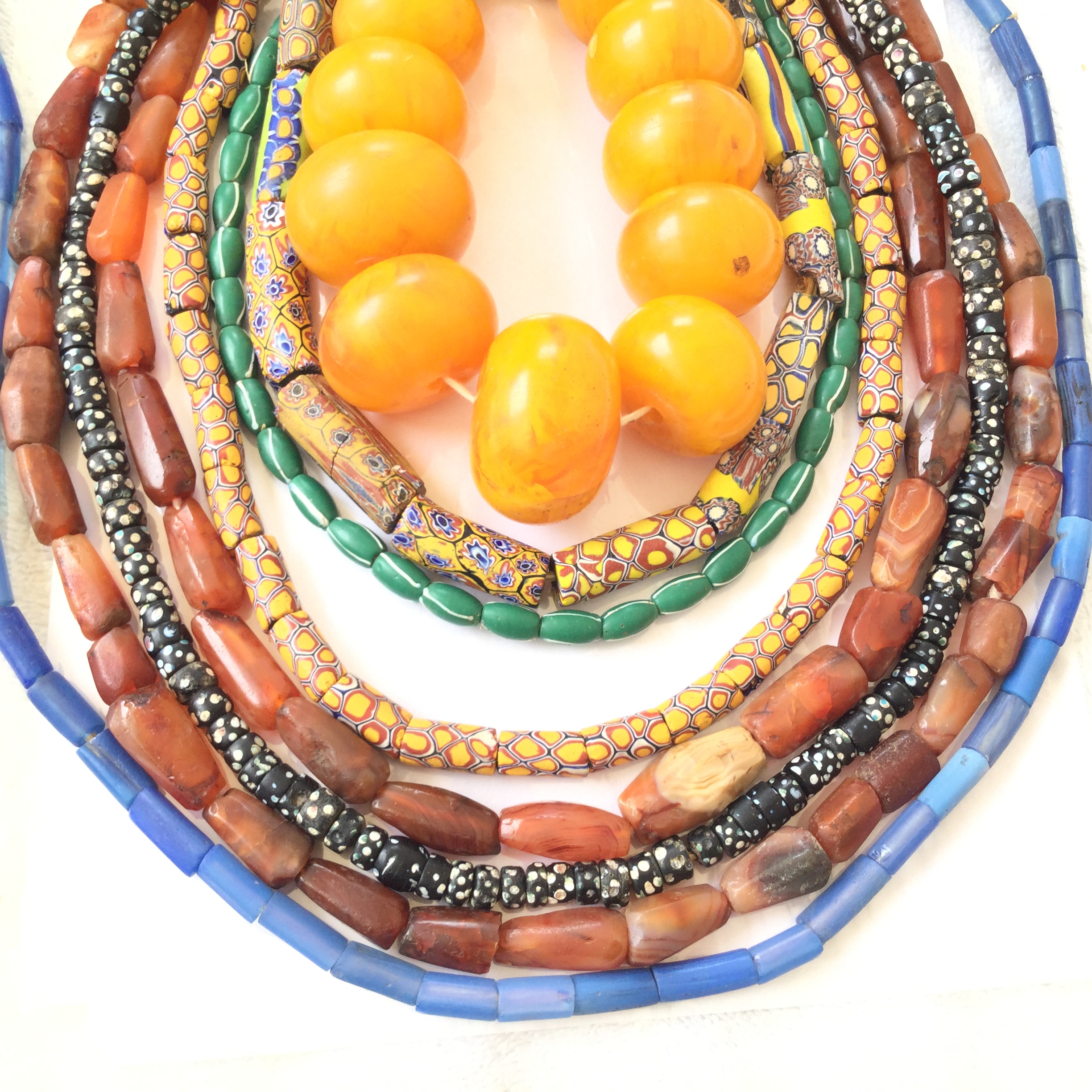 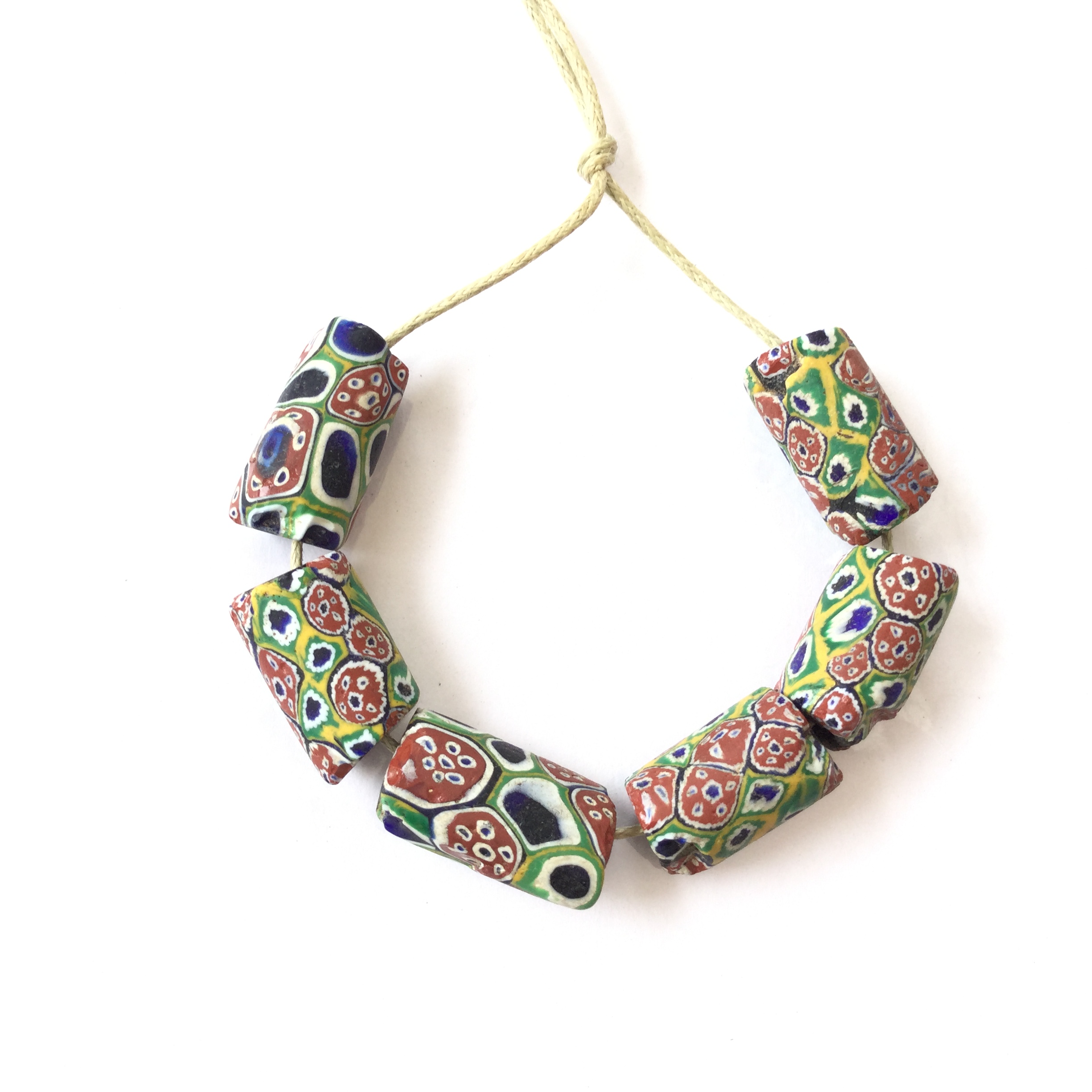 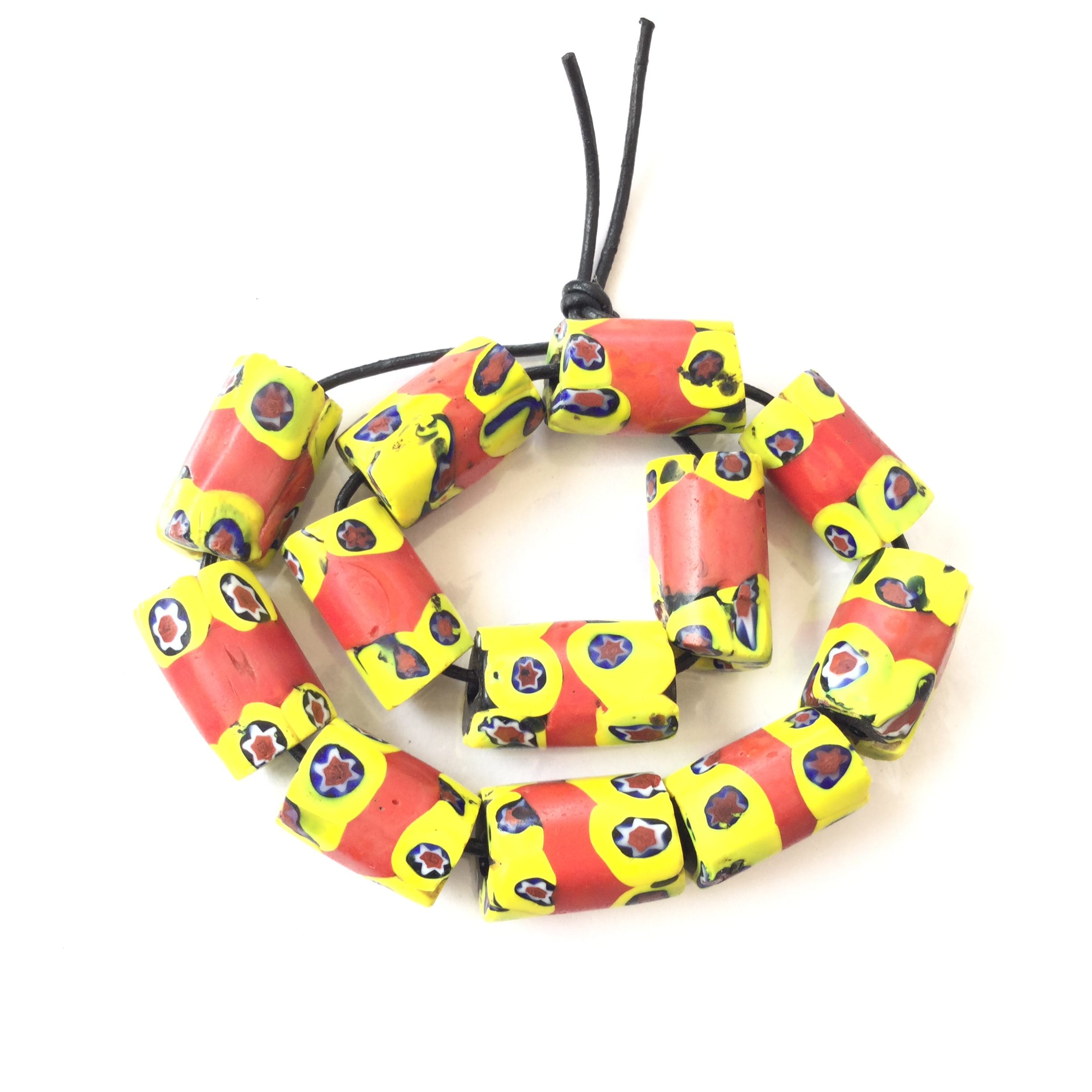 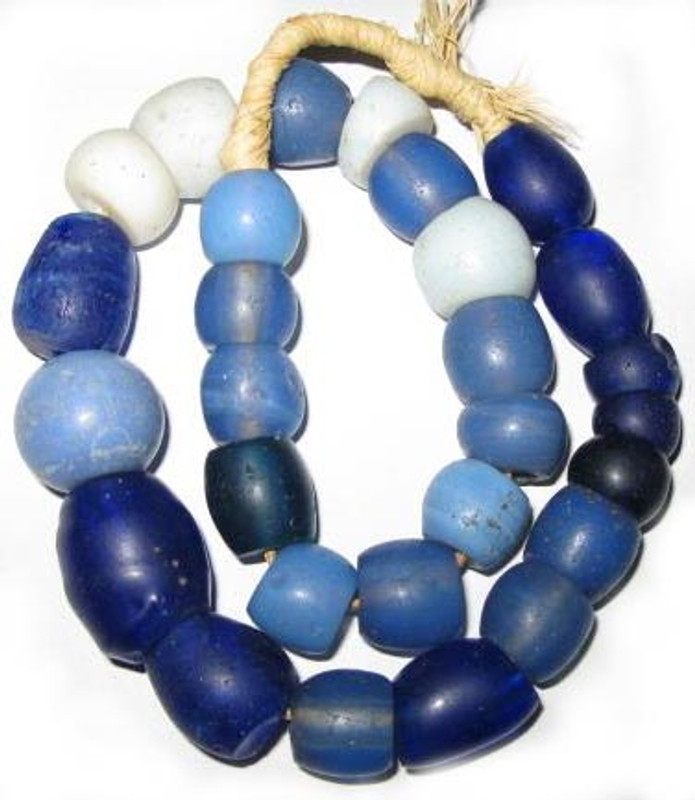 African Trade beads are colorful glass beads that were originally made in Europe for the purpose of trade with Africa. Many European countries made their own specialized beads for trade. Trade beads go back as far as the 15th century. The popular ones noted are the Venetian beads. The Dutch also produced their own beads which often times were variations of blue and opaque white like the ones shown above on the right.

The Millefiori bead was a very popular bead that was used during the trade period between Europe and Africa. The word Millefiori is an Italian word which means many flowers due to the flower patterns portrayed in the design of the bead. Each design element is actually a glass cane which has been molten into the design of the bead itself. The glass cane were often times in the shape of stars and flowers of varying colors. Some of the beads were made to mimic the colorful fabrics that the African kings wore. Beads such as these were trade for gold, ivory, palm oil and slaves.

Trade beads have become highly collected items over the years. The rarer the bead, the more valuable it is.

Shop our selection of trade beads today by clicking here.